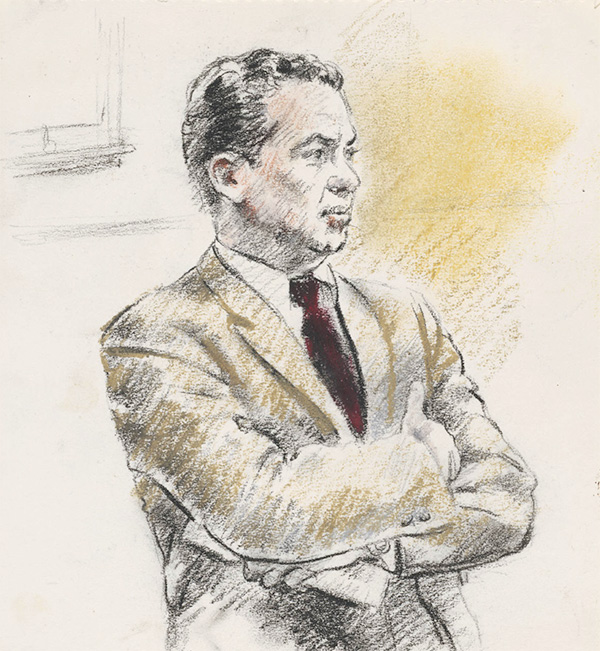 Arnold Markle, Esq.
Arnold Markle was the State’s Attorney for the Judicial District of New Haven from 1968 until his untimely death in 1987. Mr. Markle, a native of New Haven, graduated from the University of Pennsylvania and the Boston University Law School after service in the United States Navy. He served as an assistant United States Attorney in New Haven before being named the first statewide chief prosecutor for Connecticut’s Circuit Court. Known for his feisty nature and his skill as a prosecutor, Attorney Markle instilled both loyalty and admiration in all with whom he worked.

Arnold Markle strongly believed that training and continuing education were important for police officers and all members of the criminal justice system. He started the arson task force for New Haven and established training programs for arson investigators. He believed in the teamwork of prosecutor and law enforcement, as reflected in his well-received handbook The Law of Arrest and Search and Seizure: A State’s Attorney’s Guide for the Prosecution or the Law Enforcement Officer.

Mr. Markle had a long association with Dr. Lee and the University of New Haven, teaching various courses including arson investigation, homicide investigation, law and evidence. He was one of the first prosecutors to understand the importance of thorough crime scene documentation, standard procedures for crime scene investigation, and the value of forensic evidence to provide investigative leads and in criminal trials.

Our Ties to the University of New Haven

The Henry C. Lee Institute of Forensic Science is housed in a state-of-the-art building on the University of New Haven campus. While we work hand-in-hand toward a common goal, it is important to note the Lee Institute is a separate entity that works closely with the University.

Through training, consultation, research and a unique public learning center, the Institute’s goal is to make the criminal justice system more effective. Toward that goal, we provide unique and effective training programs and cutting edge resources to professionals in the law enforcement fields.

Dr. Henry C. Lee is the founding father of the Institute. The legendary investigator is known for finding the tiniest clues. He has even solved a murder without a body. Find out more about the world-famous investigator on https://www.facebook.com/DrHenryLee.